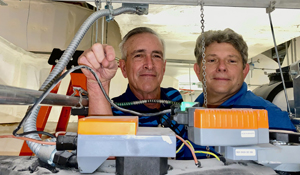 University of Florida (UF) Health Shands Hospital is a top-tier academic medical center. With its world-class medical and patient care, the hospital also prides itself on the energy efficiency of its facilities. In recent years, several Shands buildings have received ENERGY STAR® certification from the U.S. Environmental Protection Agency (EPA). The Energy Services group at the hospital is responsible for energy management initiatives, policies and procedures, and best practices for state-funded facilities on the main campus, including UF's Health Science Center. The unit also provides technical guidance on new construction projects and implements energy conservation and optimization strategies in the hospital's buildings. To fulfill its duties, the team employs a highly digitalized approach to commissioning, operation, and maintenance of building and HVAC systems. For this, they rely heavily on the transparency provided by Belimo Energy Valves.

The first application of Belimo Energy Valves on the UF Shands campus was at the hospital's new Health Heart & Vascular Center. The ~200-bed facility is state-of-the-art in terms of patient care and contains a range of spaces to meet the needs of its occupants, including pre-and post-operative care, ICU, diagnostic, in-patient and out-patient rooms, etc. In addition to maximizing energy efficiency and ensuring patient comfort, the UF Shands Energy Services team made a point to select technology for the cardiovascular center that would enable a predictive maintenance approach. The team was advanced in using data to optimize systems and schedule service activities across the hospital's buildings, along with trending and fault detection techniques to identify problems early and prevent potential failures. The team wanted to select technology that would facilitate global commissioning. The Health Heart and Vascular Center is 90% full nearly 100% of the time, making conducting traditional commissioning and maintenance difficult. It simply is not practical to have technicians periodically check components and service systems from room to room. A data-driven approach with visibility down to the individual air handler level was needed. 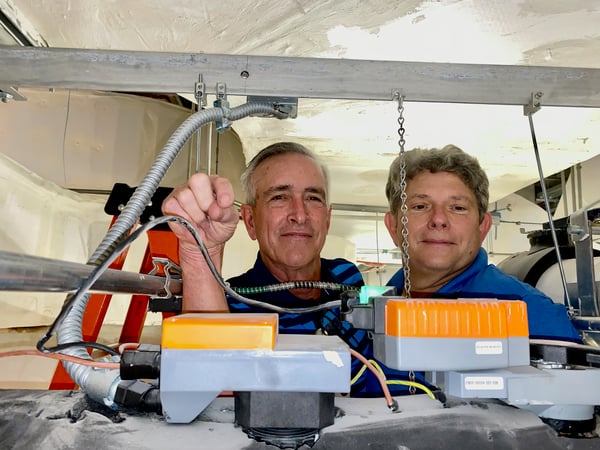 With these objectives, the decision was made to equip all 20 air handler units (AHUs) installed across the Health Heart & Vascular center with Belimo Energy Valves. As an IoT-enabled device, the Energy Valve has cloud-based services to benchmark coil performance, analyze glycol concentration, store energy data, and send alerts and commissions for optimal performance. The valve is pressure independent and measures and manages coil energy using an embedded ultrasonic flow meter and supply and return water temperature sensors. The built-in patented Power Control and Belimo Delta T Manager™ logic monitors coil performance and optimizes the available energy of the coil by maintaining the Delta T. In addition to the standard analog signal and feedback wiring, it communicates its data to the Building Management System (BMS) via BACnet MS/TP or BACnet IP as well as Modbus RTU and Modbus TCP/IP. The built-in web server collects up to 13 months of downloadable data to external tools for further optimization. "The Energy Valve was the missing piece of the puzzle," said Mark Dykes, Facilities Energy Manager University of Florida. "The ability to continuously optimize Delta T and eliminate over-pumping is a huge benefit, and the quality of data the Energy Valve provides is equally valuable. This facility has 20 AHUs with over 800 variable air volume (VAV) boxes with reheat coils. Many moving parts can fail or degrade over time between those and thousands of sensors. We need to see when something is not performing to identify the root cause and remedy it quickly." The Energy Valves helped identify bad sensors in the vascular center in one particular case. Using historical pumping data from the previous year (in relation to outside air temperature), the Energy Services team developed a baseline for chilled water flow to individual AHUs in the building. One of the AHUs maxed out at around 130 GPM. When the flow unexpectedly increased to nearly 400 GPM, it was evident that something in the system was performing poorly. Although a damaged and/or fouled coil was suspected, an inspection revealed that the culprit was a malfunctioning discharge air temperature sensor. 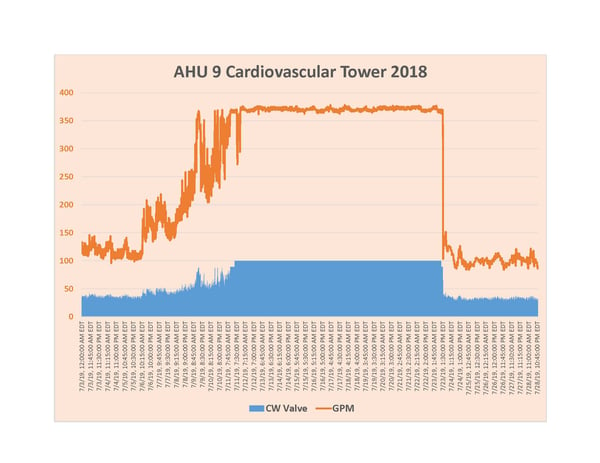 In total, four bad sensors were identified and replaced. "I'm not sure how long it would have taken to identify the problem and fix it had we not installed Energy Valves," said Dykes. "Those failing sensors increased overall building Delta T by 1°-2°F. The Energy Valve prevented us from pumping a lot of extra chilled water that we didn't need." Since being commissioned, the Energy Valves have performed as expected, with no significant issues reported. Through the built-in Delta T optimization capabilities, combined with double coils, many AHUs have achieved temperature differentials as high as 20°-24°F.

Ice Storage Systems on the Rise

If there was ever any doubt about ice storage as an effective means for reducing energy...
Read More

Optimum Energy is a member of the U.S. Green Building Council and specialists in data-driven HVAC...
Read More