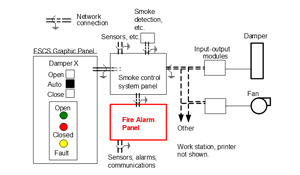 Containment and smoke control dampers are applied differently and must be distinguished from one another. Containment dampers prevent the passage of fire from one zone to another. Some containment dampers have switches for maintenance indication, which is not part of the smoke control system. Smoke control dampers perform various functions: they close to help suffocate a fire, open to provide pressurization in a space to keep smoke out, open to allow a fan to exhaust smoke, or open a damper to provide make-up air for smoke exhaust fans. Engineered smoke control systems use fans, dampers, and architectural features like smoke reservoirs to direct smoke.

The International Building Code (IBC) (the model for the US), the International Fire Code (IFC), the National Building Code of Canada, and the National Fire Code of Canada are similar with distinctions between containment and smoke control. Chapter 7 of the IBC establishes the requirement for roughly 85% of containment dampers. Figure 1 shows the concept.

Containment dampers installed in accordance with Chapter 7 are spring-closed. If a fire breaks out, the actuator springs the damper closed. In Figure 2, a bimetal high-temperature limit (commonly 165°F = 74°C) is located on the lower left of the sleeve with a manual reset button in the middle. 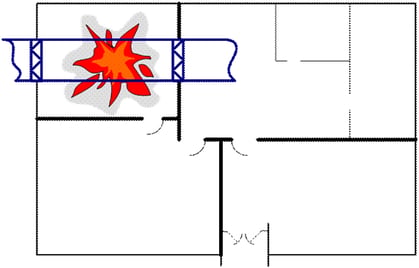 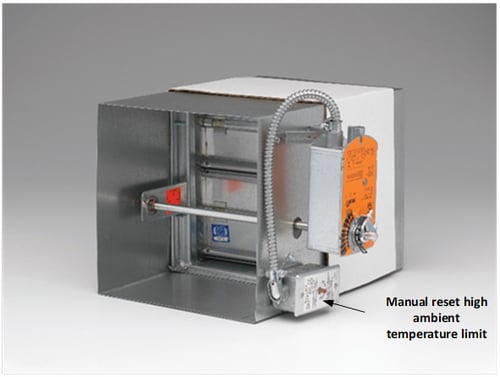 There is often confusion between the containment dampers and smoke control system dampers. A few clues: if the conduits running to the dampers are red, they are more likely part of the smoke control system. Dual high-temperature limits signify that the damper is a reopenable smoke control damper. However, in many cases, the control wiring is hidden, and only the plans or labeling indicate a damper's function.

Containment dampers are located where ducts pass through any fire and/or smoke-rated wall, barrier, partition, or where an air transfer opening exists. A damper is required to prevent the passage of fire and/or smoke. It is powered open with a manual reset high-temperature limit (heat responsive device in UL terms), a duct smoke detector, or an area smoke detection system with a local relay that can cut power to spring the damper closed. Most often, both a smoke detector and a high-temperature limit exist. The damper is usually in the plane of the wall. A thermal blanket protects it if the damper is moved outside the wall.

The construction of smoke control dampers is the same as containment dampers; the differences are in the controls. Smoke control dampers are connected to the firefighters' smoke control panel for override control and position indication, typically operated in conjunction with fans for either smoke extraction or zone pressurization to prevent smoke movement. Typical applications are stairwell pressurization, atrium smoke removal, make-up air, floors 30 feet below grade, exit corridor protection, and large spaces like malls and auditoriums. Figure 3 illustrates a typical system. Figure 4 shows override control and position indication from the damper. 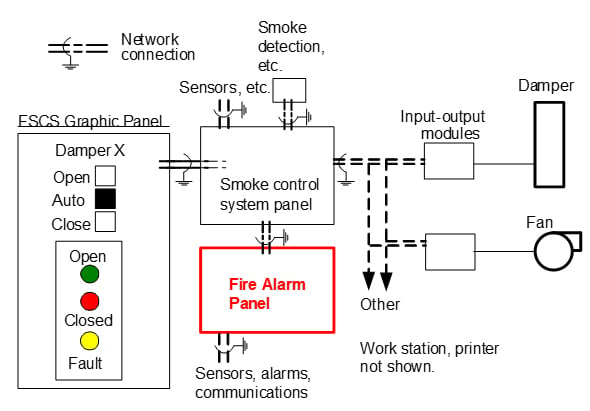 Figure 4: Override control and position indication from the damper.

The Firefighters’ Smoke Control System (FSCS) panel can override the automatic control of dampers. Open, Automatic, or Closed are the positions. The status indicator lights are also code required in most jurisdictions. A fan would have an Auto, On, Off selector with On or Off indicted.

It is only possible for containment and smoke control systems to work correctly if all the elements operate as expected when needed. The system relies on safely isolating compartments while leaving smoke, gases, and heat channels open to escape. If one damper fails, the entire system is compromised, along with the safety of the people within the building.

Building and fire codes are confusing; with over 40 years of technical experience with Fire Marshals and Building Officials, Belimo can provide you with the training, code guidance, and replacement solutions needed to maintain a reliable, safe, and efficient building.

Where strategy looks at the overall picture, the individual tactics are used to achieve the goals. ...
Read More

The integration of digital communication into devices and equipment provides flexibility in...
Read More