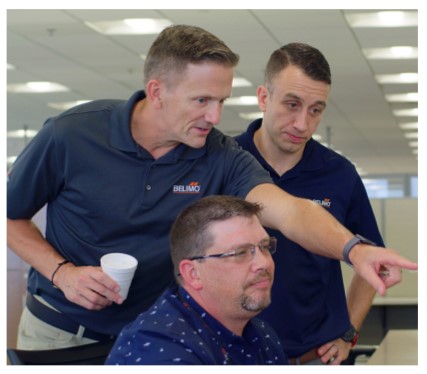 Founded in 1939, Jones Lang LaSalle (JLL) is one of the world's premier commercial real estate firms in property and integrated facility management services, with a portfolio of 4.6 billion square feet [427.4 million square meters] worldwide. JLL has been committed to delivering value to occupants and stakeholders by putting sustainability at the heart of its services and operations.

In Nashville, Tennessee, an example of this commitment produced positive results. JLL endeavored to improve energy efficiency and reduce chilled water usage at multiple buildings by leveraging the Belimo Energy Valve's advanced capabilities. Citizens Plaza, a Class A, 275,000 square feet [25,550 square meters], is a 15-story office building constructed in 1984 and houses multiple Tennessee governmental agencies. It has anywhere from 800 to 1,200 occupants. Citizens Plaza receives its chilled water and steam from Metro Nashville District Energy System, which is located nearby on the Cumberland River. Chilled water from the plant enters the building at a temperature of 40°F [4.4°C]. As part of the contract, return water is to be no less than 54.5°F [12.5°C], or a Delta T of 14.5°F [8.1°C]. Any water that leaves Citizens Plaza below the contracted Delta T results in a thermal inefficiency charge. When JLL took over the management of building operations, the return water temperature was as low as 44°F [6.7°C], and this lingering problem needed a solution.

"At Citizens Plaza, we were experiencing high utility thermal inefficiency charges from Metro Nashville District Energy System due to low Delta T and over pumping," said Chad Lovell, Operations and Safety Specialist at JLL. "We were pushing water too fast through the building and not getting sufficient thermal transfer. Initially, we saw poor Delta T performance between 4°F to 8°F [2.3°C to 4.5°C]. Before JLL took over the contract, there were monthly thermal inefficiency charges upwards of $12,000 to $13,000 for the building. It was obvious that we needed a strategy to increase Delta T to reduce our chiller water usage." 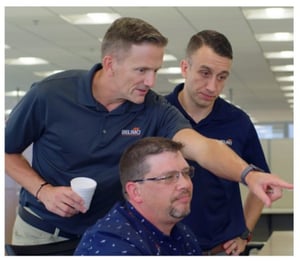 To solve Citizens Plaza's low Delta T syndrome and reduce thermal efficiency charges, JLL turned to Belimo. "As is often the case in older buildings, the air handlers, globe valves, and coils were oversized. We had all the original drawings and realized that the Energy Valve was a perfect candidate for lowering chilled water usage and optimizing flow through the coils and air handlers", said Kevin Leathers, District Sales Manager at Belimo.

After close communication between JLL and Belimo regional field consultants, Citizens Plaza underwent a pilot project installation with three 2-inch [DN 50] Energy Valves, one each on the 2nd floor, 5th floor, and 14th floor. The scope of work comprised a mechanical valve change-out without any control system modifications. The contractor removed the old globe valves and wired in the new Energy Valves with factory default settings.

"Even without the Energy Valve's patented Delta T Manager logic enabled, we were able to reduce flow through the coils while maintaining the same building temperature," said Steve Rybka, Mechanical Contractor Consultant at Belimo. "The benefits kicked in when we initiated the Delta T Manager logic with refined setpoints for maximum flow and Delta T. The maximum design flow of the coils was 81.7 GPM [5.2 l/s]. With the Energy Valve, on the hottest day in August, flow peaked at 54 GPM [3.4 l/s] briefly. On average, coil flow was 30 to 35 GPM [1.9 to 2.2 l/s] for August and September." Overall, through the installation of just three 2-inch [DN 50] valves, the entire building Delta T increased by 2°F [1.2°C] during the summer. 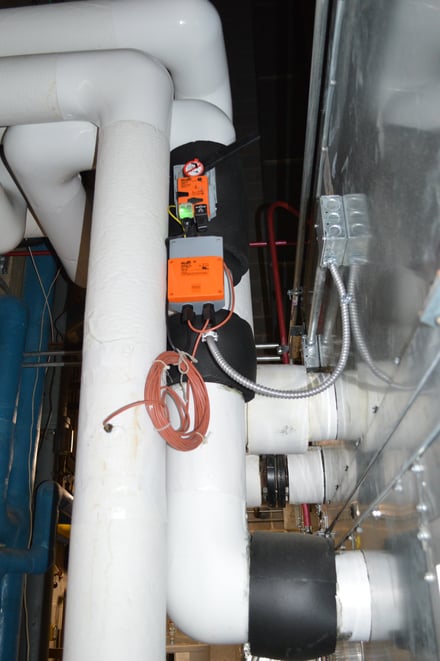 With positive results from the pilot project, JLL decided to install eleven additional Energy Valves on the remaining floors (ten 2-inch [DN 50] valves and one 2½-inch [DN 65] valve on the make-up air unit). Installation of the valves took place approximately eight months after the start of the pilot project.

After 15 Energy Valves became operational in Citizens Plaza, the average flow through the building during full occupancy reduced by over 200 GPM [12.6 l/s] versus the previous year when the original globe valves were still in place. "As a result of the retrofit project, we were able to reduce chilled water pumping by 49%, which equated to about $23,000 in annual savings", said Chad Lovell. "The total cost of the project, including installation, was $53,474. A simple financial calculation produced a payback in about 2.4 years."

The district energy provider even noticed a substantial reduction in chilled water usage at Citizens Plaza. "Shortly after Energy Valves became operational, we got a call from Metro Nashville District Energy System stating that our chilled water usage had dropped significantly, and they were going to send a technician to check on the problem," added Lovell. "I informed them that there was no problem and that we had solved our low Delta T issue. It felt really good to get the confirmation from our chilled water provider that the building was performing better than they'd ever seen."

Pressure Independent Valve Innovations for the Design of Tomorrow

Belimo Americas is excited to announce the release of the new Energy Valve that is now an IoT...
Read More